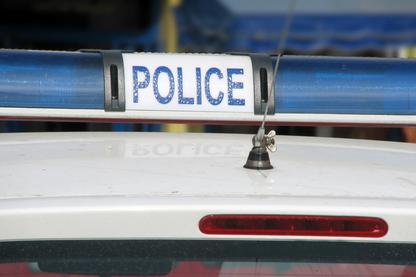 Attorney Thomas M. Loeb has defended hundreds of people throughout Michigan who have been bullied or seen their rights violated. He takes very seriously any violation of federal civil rights, police misconduct, or abuse at the hands of law enforcement.

Abuse at the hands of the police can take many forms, including:

​Public Post
“Happy 4th. Because of the possibility of terrorist attacks in our country; first responders, cops, firefighters and the like have been put on high alert. That means in case of an attack; all those cops that you hate so much will be the ones running towards and fighting the danger so you can safely run away. U.S.A.”

Tom’s Reply
“I can respect what a good officer does, and call out a bad one. I can support good police work and condemn police brutality, dishonesty, and incompetence at the same time. This is not inconsistent. And a so-called good officer who turns a blind eye when his brother officer crosses the line is as much of a problem as the bully with a badge. YOU KNOW WHO YOU ARE and WE WON’T PUT UP WITH IT ANY LONGER. Crooked, cowardly, bullying cops watch your back. We are coming for you.”

No one should ever be mistreated by a police officer. For over 39 years, attorney Thomas M. Loeb has represented thousands of people

throughout Michigan who have been injured, intimidated, or seen their rights violated. I take very seriously any police misconduct, violation of a citizen's federal civil rights, or abuse suffered at the hands of law enforcement.

At my law office I have seen many clients who were beaten brutally, sustaining significant injuries, and then falsely accused of resisting arrest, disorderly conduct, breach of the peace, or opposing a police officer. Some clients have been arrested or harassed for little or no reason.
If that happened to you, you deserve justice. I am an experienced trial lawyer who is proud to lend my reputation and expertise to these cases.

Even if you are charged with a simple misdemeanor, you should not settle for a less experienced lawyer when your civil rights have been violated. I have gained an excellent reputation throughout Michigan's legal community for handling police misconduct cases in Michigan. I have conducted over 300 jury trials and am often sought after by fellow lawyers for my proficiency in court. I will work with you to obtain the verdict or settlement you deserve.